Well it’s taking me longer than I expected to re-adjust to being back in the UK, the first two days were definitely the hardest as my body clock was well and truly screwed up. It didn’t help that I hardly managed any sleep at all on the plane home so I was strung out about as far as you can get by the time we landed. Also our flight was over-booked, so they were looking volunteers to take the next one for a $500 voucher.. hah.. yeh right, make it an upgrade to business class and then we’ll talk.

Funny thing is, we probably should have.. as a good 70-80% of cattle class was taken up with one large group of people. Yup, I definitely don’t recommend flying with hordes of people all travelling together.. particularly ones who have to have a special menu because it means you will be served your dinner last, by which time they will all have finished eating and the person in front of you will probably not stop to think that maybe .. just maybe you might have only just recieved your tray of food and are getting ready to eat before they push their chair back and send said culinary delight flying all over your lap.
Not to mention certain members of said group completely ignoring the steward’s requests to turn off all electronic devices and calling the person one row back on their mobile phone… or using a camera with flash, pointing it at all and sundry inside the cabin. I mean seriously, screw privacy… who needs it when you’ve only paid £800 for your flight, amirite?
/rant.

Anyway, despite the long haul flights (how I loathe thee) we had an absolutely wonderful 12 days in NYC. I can’t deny that the heat was a bit much for me, frequently hitting 90° just isn’t funny.. especially when the humidity was at 94%. We didn’t really repeat anything we did last time, although we did go up the Empire State again as neither of us has been up there during the day. Sadly, June is definitely not the month to do something so touristy, but I decided to go “screw it” and pony up for the Express Passes. Best 90 bucks I ever spent, I believe the queue was 5 hours going up and not much better going down.. eek! I did feel a small working class sliver of guilt as we were ushered past the plebs but it didn’t last long. 😉 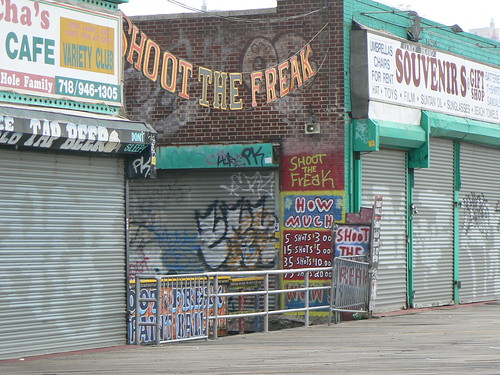 We also did Coney Island this time, where I got mercilessly bitten by some really vicious flies, who incidentally do seem to live in Manhattan as well, as I got mauled to death by them while we were chilling out in Washington Square Park in the sun. By chilling I mean me, surfing the net on Park WiFi and editing my photos.. punctuated by the odd scream of pain, and no it wasn’t one of the jazz noodlers.. it was me! 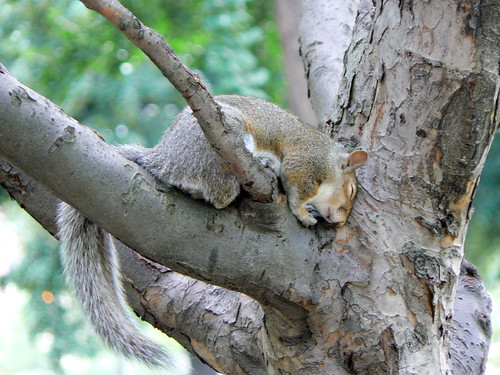 We spent rather a lot time in WSP in the end.. as it was too hot to bloody move. Also, if you ever do go to NYC take a tip and eat downtown, the food is better and far cheaper. I have to give a massive shout out to Miyabi, the best Sushi / Japanese restaraunt I’ve ever been in, well all right the only one. The food was fab and they seriously need to increase their prices.

Ok, that’s enough for one post. I’m going to split this into chunks I think.. also I have something else I want to scream about, but in a good way!